Beekeeping in the USSR 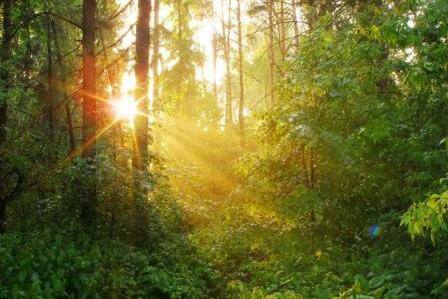 Beekeeping in the USSR

Military conflicts and change of power at the beginning of the twentieth century. beekeeping was hit hard, significantly reducing both the number of apiaries and the volume of honey production. In the first years of Soviet power, bee colonies were mainly the property of collective farms, but it was allowed to keep apiaries and houses. It is noteworthy that unlike many products, honey and wax were not allowed to be donated to the state.

Since the beginning of the 30s. and before the Great Patriotic War, the beekeeping industry in the USSR was going through a phase of development. Training of specialists is on stream; there are professional beekeepers in most areas. However, the development of beekeeping in different regions is still uneven. This is largely due to climatic conditions and their suitability for the survival of bees and the growth of honey plants. The “advanced” regions help the “laggards”, an exchange of experience and the transportation of strong bee colonies are organized. Industrial enterprises for the processing of wax also appear.

During the war years, beekeeping suffered colossal damage. In some regions, apiaries were almost completely destroyed. To restore the industry, special public organizations are being created – the Unions of beekeepers. Breeding of bees is carried out in favorable regions – in the Urals, the Caucasus, the Far East – and then they are transported throughout the USSR. The development of individual beekeeping is encouraged. Specialized companies appear, producing and supplying the necessary equipment and hives.

Depending on climatic conditions and the melliferous base, the USSR is divided into special zones that determine the main direction of work: bee pollination, commercial honey, bee breeding. Bee farms undergo regular veterinary checks – it allows them to obtain the certificate necessary for the distribution of products. In the period from the 50s to the first half of the 80s. beekeeping was an important branch of the national economy, active work was carried out to increase the volume of honey production, as well as the selection of bees. Experiments (and quite successful ones) were carried out, for example, on the removal of bee colonies beyond the Arctic Circle in order to obtain honey.

During the years of perestroika and the important changes that followed, which ultimately led to the collapse of the USSR, there is a gradual decentralization of the industry. One by one, the beekeepers’ unions are disintegrating, vocational training is dwindling, veterinary checks are no longer so strictly controlled. As a result, by the beginning of the 90s, beekeeping in Russia was declining. The number of industrial apiaries and the volume of honey production are decreasing.

However, at the beginning of the new century, the industry began to develop again. Today beekeeping is one of the few areas in Russia that practically does without imports.