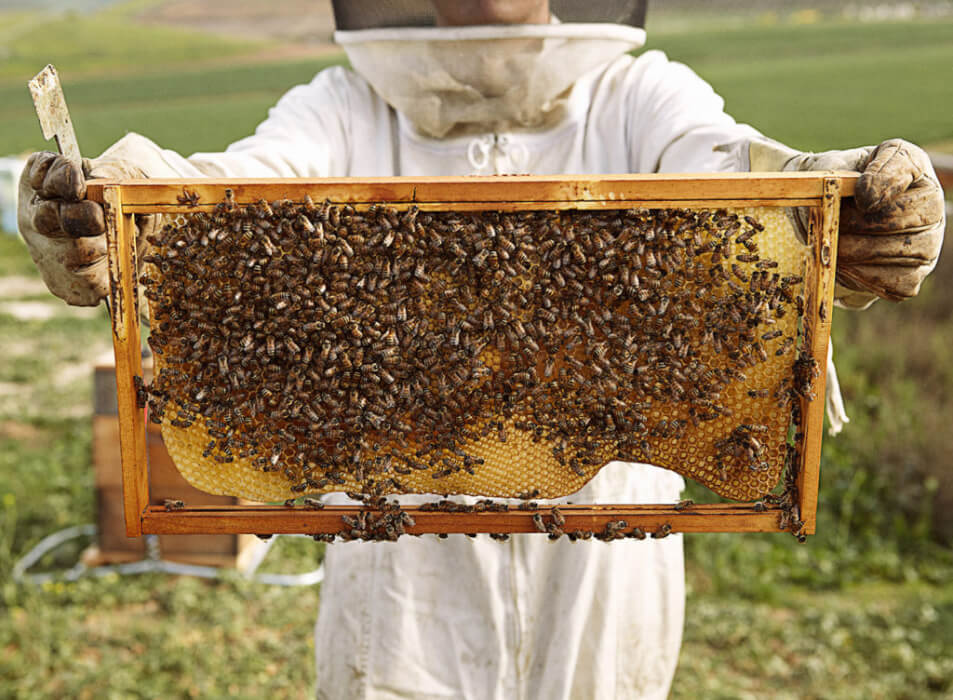 The United States of America is a state with a developed beekeeping industry. Most of the beekeepers here are amateurs who unite in unions and associations (demarcated mainly by state). It is interesting that a large percentage of the income of private beekeepers here is not the production of honey, but the lease of bee colonies to large agro-industrial companies. Those use striped workers to pollinate crops.

The volume of honey production in the United States averages 100 thousand tons. This is less than the demand of the domestic market requires, so the United States buys honey abroad (the share of imports is about 30%). American beekeepers willingly introduce and use the latest technologies and tools, learn from the experience of other countries. All processes: from settling a bee colony in a hive to pumping honey, are strictly controlled by the regulatory framework and special bodies, the highest of which – the Federation of American Beekeepers – contacts directly with the government of the country. Beekeeping is considered an important sector of the American economy, contributing greatly to the country’s GDP and providing employment to the population in many states, therefore the state provides comprehensive support to beekeepers in the form of subsidies, grants and free training.

Despite the great prospects in this industry, in recent years, American beekeeping has faced a very serious problem – the extinction of bee colonies. Wintering on 17/18 and 18/19 reduced the number of bees by 40%, and in small bee farms this percentage is noticeably higher. The death of bees also occurs in summer, but here the figures are much lower. In just the past few years, 90% of wild bees and 80% of domestic bees have become extinct in the United States. The phenomenon has received the name “collapse of bee colonies” and at the moment the single reason for such a pestilence in bees has not been clarified. Among the main factors, scientists call climate change (a sharp cold snap in winter and hot summer), the uncontrolled use of chemicals, as well as a unicellular parasite that infects the body of bees with its toxins. The death of bees did not only damage their own industry; thus, the yield of fruit trees and shrubs also decreased significantly.